Making of a Collection

Spotted on the Runway

Making of a Collection

Founded in New Haven, CT in 1949, Gant quickly became the go-to label where the prep school pack would get their seasonal staples. When the brand was bought by a Swedish company a few years ago, they started tapping into its rich American heritage. The resulting collections recalled Gant's preppy past but with fashion-forward fits, fabrics and vintage-style details that have made fans of selvage oxford shirts and well-worn khakis swoon. So when Gant decided to do a designer collaboration, it's only fitting they would go with Michael Bastian, who shares their penchant for Americana and modern tailored clothing. We sat down with the designer before his fashion week presentation where he walked us through the making of his debut collection. 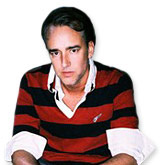 "The lacrosse theme came about from an article I read in The New Yorker back in the early spring. I was really learning it from the ground up through this story and it was fascinating to me because the sport wasn't big in my high school or college, but lacrosse has its own traditions, its own language, everything."

"What people don't realize is that there are only two sports that were developed in America, one being lacrosse—which was a Native American sport—and the other is basketball."

"We wanted to make Gant by Michael Bastian a complete lifestyle. We have a guy with an evening jacket, guys with outerwear and obviously they couldn't be placed in a locker room, so we had to show the whole world of this particular guy. The set-up is a gym and then outside of the gym, like out the back door. You can see every moment in this guy's life."

Grounded:
What the Models Wore

"It's hard to pick a favorite, but the T-shirts are great, because that's where we played with that secret language of lacrosse. We use the word "FOGO" a lot—which is one of the things I really loved in that New Yorker article—FOGO means "Face Off, Get Off," because there's a guy whose only job on the team is to get control of the ball at the beginning of the game, so he's the "FOGO" guy. But I also love the more tailored pieces, because I feel like we're giving this guy the perfect—and affordable—navy blazer or a great pair of gray flannel trousers that fit beautifully at an excellent price, and in my head this collection was really aimed at a young guy wanting to get those key elements of his wardrobe together."

When the clothes hit stores in August, prices will range from $125-$695

He's a true dream partner for us ... One of the most authentic American Sportswear designers working today.

"He's in between two worlds—he's leaving college and he's entering the real world. Remember when you were in that position? When suddenly everything you're wearing just doesn't look right? You're competing with different guys for jobs, for girls, for everything, and you wanna upgrade. That's the moment we're trying to capture with this collection."

Thoughts on the week's first shows, ripped right from our editor's Moleskine.

A first look at the all-American design partnership.

Dockers recreates a pair of classic military khakis with their new K-1 style.