Officially launched five years ago, Hlaska has been showing up on the radars of the style set more and more recently, thanks to their unique style. The bags are built like buildings; their clothing, like cars. Unfamiliar with the industrially-influenced label? The California brand started with a line of bags and wallets cut from luxe Italian leathers and have since grown into a full line of updated and elevated staples—thoughtfully considered yet not overly designed. Here, co-founder Anthony Mazzei, the brainchild of the brand, shares his thoughts on style, life and America.

While designing bags for other brands, Mazzei was always mentally tweaking designs with the knowledge that one day he'd launch a label of his own. "The timing was never right until now, but I was putting in my time learning," says Mazzei. Hlaska started out with a few duffles and messenger bags, but quickly spread to wallets as well. "A wallet, for a man, is a bit like a watch. It's the small details that make them different, and in many ways it's the details that make these objects great," he says. "The general shape has already been defined, but the utility and feel? That's where we come in." The accessories label took that philosophy and expanded into apparel a few years later. 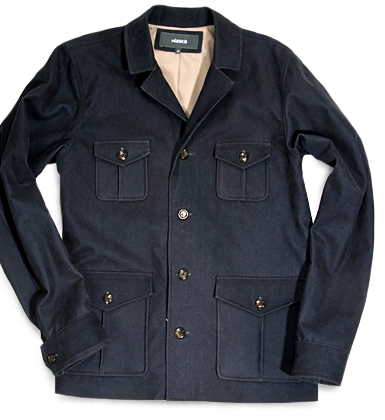 Inspired by architecture and influenced by engineering, Hlaska is a label focused on functionality. Perhaps because the design team is mostly composed of industrial, not fashion, designers. "For Hlaska to be a force in the fashion industry, I believe we need to be outsiders. We have only rough concepts of the rules of fashion. So we make some mistakes, but we also uncover things that are fresh because there's no precedent for our team." That means bags come equipped with clever sleeve pockets for your phone. 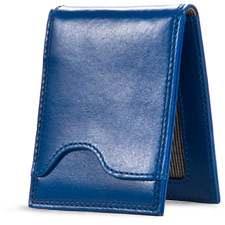 And wallets with thumb cutaways for quick sliding out of your ID. Blazers are built with a secret stash for credit cards or house keys—ideal for a night out. It's handsome design by way of practically. "We're guys, you know? We need utility," he says. "That's why we always develop our own hardware for our products, so it's uniquely suited to the product."

What's the meaning of the name?

While searching an old almanac for a unique American name, Mazzei was stuck on Hawaii and Alaska. "Our last two states admitted to the union—both had that Americana quality to them. And they're both drastically different states," he remembers. "One's big, one's small. One's hot, one's cold. It's that balance and dichotomy that I love to infuse into our collections."

"Precision and elegance. A caliper's not a tool used in clothing, but more for other professions. I like to think of Hlaska as a car company that happens to make bags and clothing. It sets the bar higher."

"I'm drawn to classic and vintage design because it was much more manly and strong. It was a time of optimism and capitalism, before it became a bad word. (Think railroads or old school skyscrapers.) I should have been born in the 1950s or 60s. I love the age of optimism in America. Space exploration, splicing atoms, microscopes, DNA, telescopes and dreaming. We're all about when we dared to dream and then aspired to do so. But I also realize we live in modern times that require their own products. So we try to draw from both worlds. Current and viable, but optimistic and powerful. A modern take on America."

One of the two biggest surprises of starting his own label, says Mazzei, was how much easier it would be to make stuff overseas than here in the States. The other? The many variations of sizes needed to fit the average guy. "So last year we built our own factory in Burlingame, California. It helps to assuage both issues. Call it old-fashioned optimism, but I have a lot of faith in what America can do. This idea has been challenged by the fact that very little capacity is left in this country. I love working with people close by. Our team enjoys face time in our factories and if we have a problem, we just drive over there and talk about it."

The year the brand opened their flagship store in San Francisco.

Every Friday, the Hlaska team goes out for donuts at Royal Donuts in Burlingame, CA.