Two years ago, we met with Mad Men costume designer Janie Bryant, who deconstructed the Eisenhower-era styling of the newly popular program. The show returns this Sunday with nine Emmys on the shelf and 17 nominations in its pocket—including one for Bryant's costume design. Season four kicks off a year after Don and crew disbanded from Sterling Cooper to start their own agency. Of course, there's still plenty of buttoned-up midcentury style but according to Byrant, "You'll get to see different worlds this season, with characters not so done up." And we're okay with that. The suits are stellar, but some of the best outfits over the last few years have been the ones when the characters aren't stuck behind a desk. So we decided to round up our top ten favorite casual looks from the first three seasons. 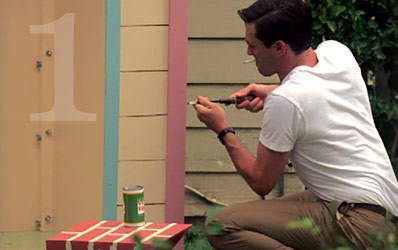 Don builds Sally's playhouse for her birthday in some chinos and a plain white undershirt. 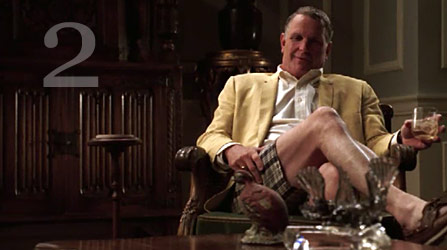 Pete Campbell goes home to visit his folks. His father's in full WASP regalia—madras shorts, oxford button down and Top-Siders. 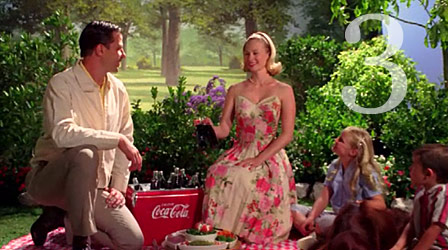 Betty shoots a campaign for Coca-Cola in a Manhattan studio with a strapping gent in weekend wear like a Harrington jacket, yellow polo and tan trousers. 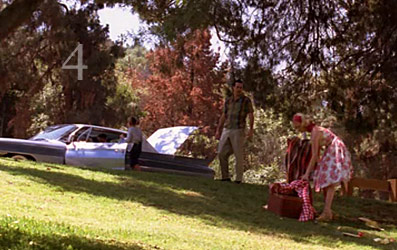 The Drapers go for an simple Sunday picnic in the park. Don stashes his aviators in his shirt pocket.

When Betty starts taking riding lessons, she catches the eye of Arthur Case, a young man who rides in a gentlemanly jacket complete with leather gloves and classic velvet riding helmet. 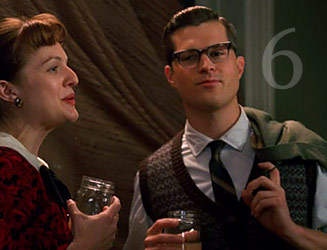 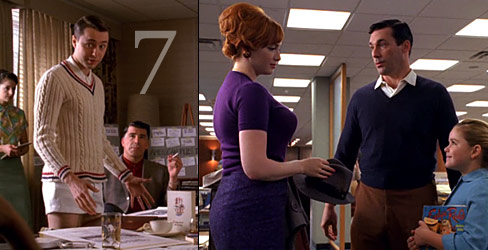 When a big meeting with American Airlines gets called at the last minute, everyone comes into the office on Sunday to prepare—including Pete, straight from the tennis court. 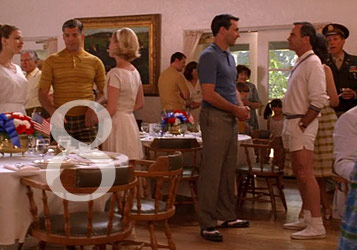 At the country club's Memorial Day event, Don pulls on some plaid pants and spectator shoes. 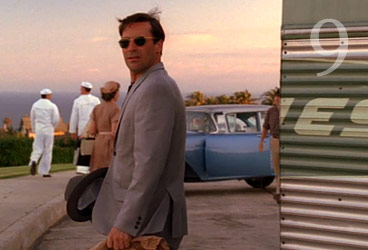 Draper and Pete Campbell travel to Los Angeles for work, but Don breaks out on his own and loses the stiff shirt in favor of a lightweight cotton suit and black knit polo. He keeps his Randolph Engineering aviators. 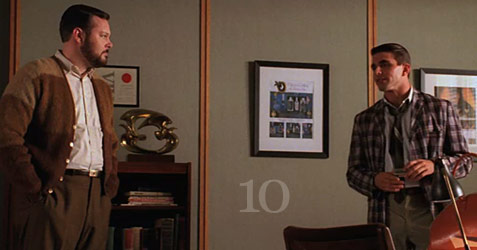 While everyone else is at Roger Sterling's country house, Kinsey works late and calls his preppy Princeton buddy Jeff to buy some pot. When Smitty asks him to put his sweater under the door to block the smoke, Kinsey replies incredulously, "It's mohair!"
FYI

President Obama sent creator Matt Weiner a letter telling him how much he enjoys the show.

Inside the stylish world of Mad Men.

Hair of
the Don

Achieve that slicked back do.

Where can I find a pair?