Skip Navigation
July
6
2010
By
The Staff
of Valet.
School of
Denim
Few items of a man's wardrobe are as essential as a pair of jeans. This series offers up style tips and history lessons about America's greatest contribution to the world of fashion.

Denim started out as a simple, utilitarian cotton cloth. But with its rugged charm, eventually came to epitomize American style.
Here's how it happened:

The first jean-like denim material was used to make trousers for the sailors of the Italian Navy. 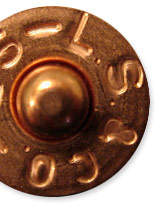 Playing a janitor, clad in high-waisted dungarees Gene Kelly dances with a mop and broom in "Thousands Cheers."

Outfitting his ships with the most durable materials available, it's believed Christopher Columbus commissioned sails constructed from a rough denim fabric.

"Denim" is officially added to Webster's Dictionary, referring to the fabric as a course cotton used in overalls.

Bing Crosby is turned away from a Canadian hotel for attempting to check in wearing jeans. Levi's, in turn, sends Crosby a denim tuxedo jacket. 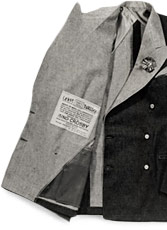 Bell bottoms enjoy their time as a modern, fashionable style for men and women.

Bruce Springsteen's "Born in the USA" is released. 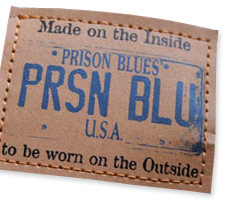 Prison Blues, a line of all-American denim garments are produced by inmates of the Eastern Oregon Correctional Institution, to be sold to the public. Their slogan reads, "Made on the inside, to be worn on the outside."