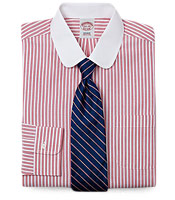 Provenance: Originally part of Eton College's dress code, the club (also known as a golf collar) was popular in the early decades of the 20th century. 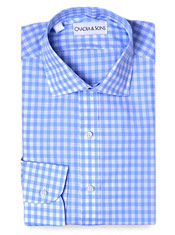 Provenance: Also known as a spread (though a cutaway is often wider), it was made popular by such British aristocrats as the Duke of Windsor.

As the style pendulum shifts slightly from hardier, workwear influenced pieces back to a more refined, tailored approach to menswear, it was only a matter of time before throwback styles like traditional shirting collars returned. The club collar and the cutaway are the two most popular styles currently enjoying a revival.