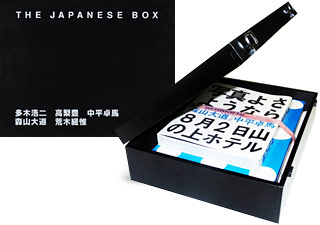 I'm constantly referencing art and photographic books for my work and I've been collecting them for years. They're one of my greatest pleasures and when I moved to New York two years ago, I put many of them into storage, but I missed them so much I've just had them all shipped over here. My favorite, the one I had to unpack first, is actually a collection of small books that comes in a black lacquered box given to me by Karl Largerfeld on the set of a photo shoot and is a work that he actually edited. There were only 1,500 of them produced, with written numbers scribed into the box. Mine has sentimental value, but I genuinely love the contrast of all of these books and the imagery within them—it's like a secret that somebody has let you into about the culture of the East. Some of the visuals are disturbing, some are thought provoking, some romantic and some are nostalgic, I actually have not read all of the essays but it's one of those things that if my house was on fire, it would be under one arm.

Available from private sellers at Amazon