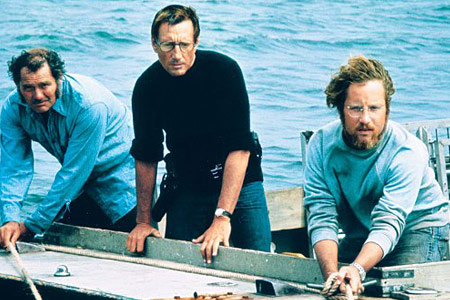 Even though Spielberg's iconic 1975 film broke box office records and is credited as inventing the summer blockbuster, most of us have only seen the movie chopped and cropped as a TV rerun. And if you haven't watched it in a while, its worth a see—if only for the sartorial inspiration. Thankfully, Universal is releasing a restored and remastered Jaws on Blu-ray this summer to commemorate the studio's centennial anniversary. Which means you'll be able to enjoy the masculine nautical style in sharp, digital detail. From salt-washed denim and Baracuta jackets to boat shoes and rugged dive watches, they're the kind of timeless seaside staples that look just as good now as they did back then.