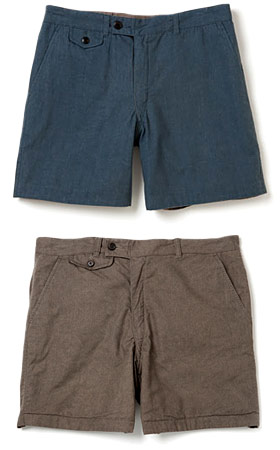 On paper, the idea of reversible clothing sounds good. It's like getting two items for the price of one. But more times than not, things derail when it comes to execution. One side's usually not worth wearing. And because you have to accommodate both sides of the garment, the fit often feels off. But thankfully, these reversible shorts from Steven Alan don't have those problems. Alan's known for choosing some of the most comfortable fabrics on the market and he's always been a master at fit. So his take on a twofer not only looks great, but feels good too. The cotton shorts have a simple, tab front style with a flap coin pocket on one side and a patch pocket military style on the other. Meaning you can get away with only packing one pair of shorts on your vacations this summer. 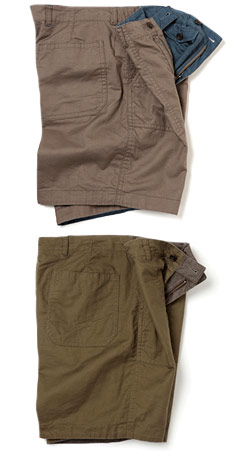