There's no two ways about it—a yellow slicker is a statement-making piece. But in a strange way, pulling off bold outerwear like this on cool, drizzly days is an easier way to inject a little color into your wardrobe than attempting to build a look around a small, but loud, accessory. Herewith, some of the season's standouts, in a range of prices.

A cropped version of the classic, with a dual-separating zipper. 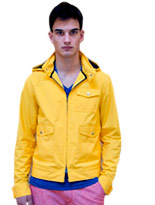 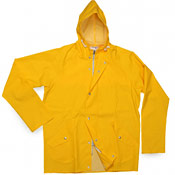 A modern take on a vintage Danish raincoat, cut from waterproof PVC material. 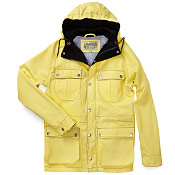 Rubberized shell with a cotton lining and corduroy trimmed collar and hood.

A waxed cotton version of Gloverall's duffle coat with a rounded club collar. 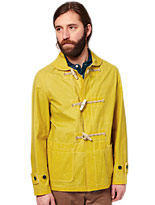