Getting to Know the Force Behind "Secret Forts" 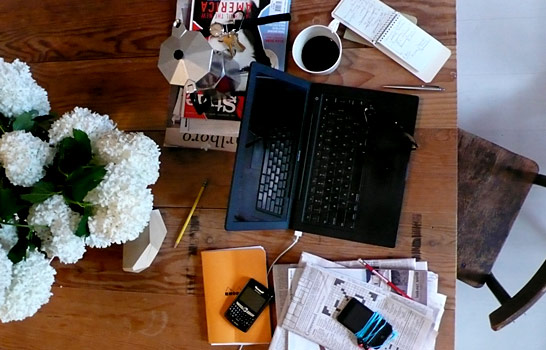 The workspace at Secret Forts headquarters with all the necessary tools.
By AC Passarella for Valet.

A celebration of all things classic, masculine and American, the Brooklyn-based blog Secret Forts has been making quite the splash as of late. With a love for all thing yesteryear, an eye for stunning archival art and his signature "head to toe" looks, the site feels a bit like gaining access to a members-only club. True to its name, the site isn't effusive on details—there's little to no descriptions of the gems curated daily and even the site's creator, James, refused to divulge his last name when we met. 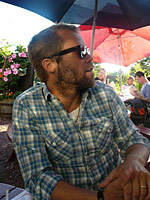 Take us back. What made you want to start a site?

It all started in June of last year. It was an idea I'd been thinking of, though somewhat abstractly. I can credit Michael Williams' A Continuous Lean as one of those factors that made me think, maybe this is something I should try my hand at. Something that merges all of these particular interests of mine. I actually posted for quite a while before I even told anyone about it, including my wife. I wanted to build up a bit of content and put meat on the bones before I reluctantly began testing the waters of public domain.

And the name?
The name is something that came to me in the way that you may sometimes think of a two word phrase and think, "that should be a band name." I came up with the name before I had any real idea what it was going to be. But it is some reflection of maybe how I wanted people to stumble upon it at first for it to be this thing to find and look around in and wonder who made it and why.

Where do you find your inspiration?
All over the place! My wife, who's an amazing prop stylist, has an incredible eye and an intuitive sense of aesthetics. I'm inspired by travel, books, a fragment of a conversation I overhear on the street, family lore. Or by well-made things—whether a garment or a table. I delve back into my obsessions as a younger man. Inspiration is really everywhere. It's about how you distill it. 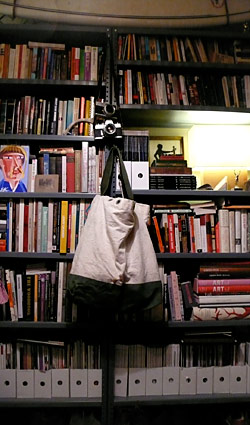 Like a lot of modern men's sites, you seem to feature some classic American staples. What brands are on your radar right now?
I do appreciate simple things done well. Daiki Suzuki is a personal hero of mine. Apolis Activism is a label I can't speak highly enough of. I had the great pleasure of meeting Shea Parton, brand director for Apolis, a little while back, and aside from making clothes I'd wear daily, they're genuinely nice guys who feel it their responsibility to give back and make a difference. Ryan at Context turned me on to a fellow Brooklynite, Emil, who does The Hill-side. Taavo Somer has a good thing going with Freeman's. And I like the direction J.Crew has gone under the tutelage of Frank Muytjens.

Where does your passion for the great outdoors stem from?
I think my own interest in the "great outdoors" is about finding some element of simplicity. In most aspects of my life, I am always trying to simplify things. A friend, Max, who does All Plaidout, said it best. "Buy quality once." It's a maxim I try to stick with. I've had the same Filson Tin Cloth coat for almost ten years and a certain pair of Red Wings even longer.

Inspiration is really everywhere. It's about how you distill it.

What's your take on the current trend some have dubbed the "American Revival"?
The classic, Americana theme in men's wear has indeed had quite the revival recently and it's good to see. It's a nice thing to be able to call up Russell or Quoddy, speak to someone there who has real, vested time in the company and their craft and to know that what you're getting and paying a little bit more for, is hand made. That's something I think has been a significant factor in this recent renaissance—the return not only to craft, but the consumer's insistence on quality. There's a renewed interest in companies who have steadily been doing their thing for a century or more in some cases. It is something that I think we romanticize, but ultimately, it connects us to a bygone time when things just seemed simpler.

Plans for the future?
Seemingly everyday, something new seems to come up with Secret Forts. It's an interesting thing. I've had the good fortune to have met some really great people because of it and hopefully, that will continue. There are potential collaborations in the future and I'm fleshing out some ideas on my own. I am a reluctant self promoter, but when things get lined up a bit better, I'll let you know.

AC Passarella is the author of the blog, A Fresh Take and Adam Christopher | New York.