Skip Navigation
Nov
28
2011
By
The Staff
of Valet.
School of
Watches
A century after the first wristwatch appeared on a pilot's arm, watches are still a practical tool, as well as a symbol of a man's good taste. This series is a primer on horological knowledge.

You could say that when it comes to watches, it's what's on the inside that really counts. Inside your timepiece—the tiny mechanism that makes your watch tick—that's called the movement. The term originated with early mechanical watches, whose movements are made of many small, interconnected moving parts. It's less frequently used to describe modern electronic or quartz timepieces, but we'll cover both here.

These watches are powered by a spring, known as the mainspring, which transmits energy as it gradually unwinds. Like all watches, mechanical watches keep time by means of an oscillator—the timekeeping element that swings back and forth, which produces the constant and consistent ticking. There are two types of mechanical watches: Manual-wind and Automatic. 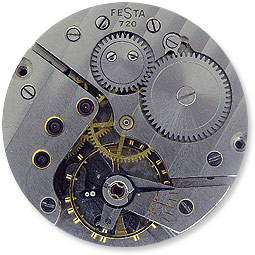 (Or hand-wound) are just that. The wearer must turn the crown on the side of the watch regularly, often daily. This keeps the mainspring wound, which stores the energy needed to turn all those tiny gears, keeping the time until the next winding. 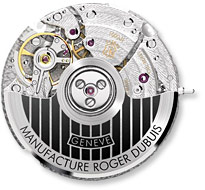 (Or self-winding) watches don't need to be wound by hand. The mainspring is automatically wound by the natural motions of the wearer's wrist while it is being worn. If an automatic watch is left unwound for a day or two, it will stop running, so some automatic owners keep their watches on electronically powered watch winders, which regularly rotate the watches to keep the time and date current.

A quartz movement works by using a quartz crystal resonator in the shape of a small tuning fork that vibrates about 33,000 times per second. Powered by a battery, the mechanism converts those vibrations into measurements of time. Introduced in the late 1960s, they're now the most affordable and widely used movements on the market. While not as revered as manual timepieces, quartz watches are undoubtedly more accurate. That's because the oscillations of the quartz crystal are faster and steadier that those of the balance wheel. 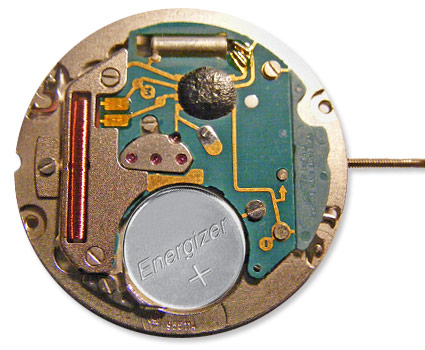 "Complication"
Any function of a watch that goes beyond simple timekeeping. It could be a day/date or lunar calendar, or could be something as basic as a stopwatch.
»
How to Buy Vintage

This feature is brought to you by Armani Exchange Fossil.