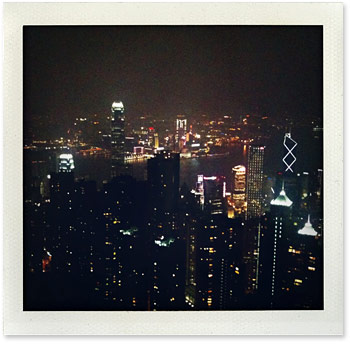 An American in Hong Kong

Street style is a bit of a misnomer for Hong Kong. With it's tropical climate, even in the spring, most people are walking the luxury malls that populate the city. That said, there is major style to be seen and had in the city known as "the pearl of the Orient." I was fortunate to spend a week in Hong Kong with Ascot Chang while I styled the brand's first ever runway presentation. Everyone here is "dressed," even if it's casual. The look leans toward classic—blazers and good shoes are key—then there's often one key item or detail, usually an accessory that sets them apart, many of which were American or Americana-style inspired. 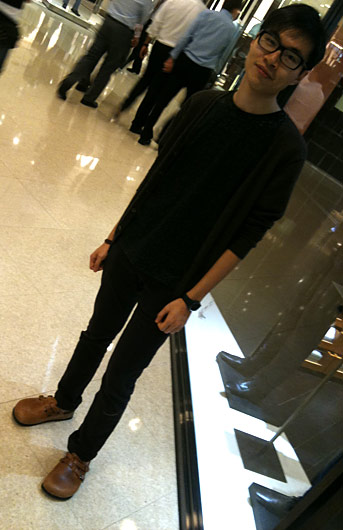 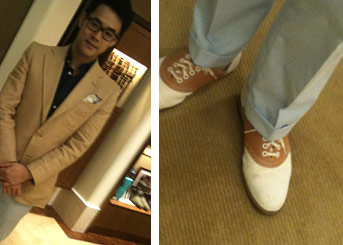 Is a fashion reporter for Ming Pao Daily. He interviewed me the first day I was in Hong Kong and even though he wore the traditional all-black fashion uniform, it was his shoes, brown Birkenstock Camden clogs in an unexpected brown, that made this outfit for me. 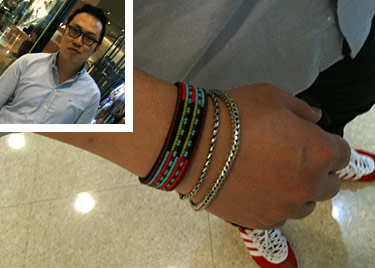 John was an art director I worked with in HK. He was the one person who's style most closely resembled mine, from his trim-cut custom shirt, with an unexpected red monogram on the chest, to his beaded bracelet that I tried to (unsuccessfully) hunt down. 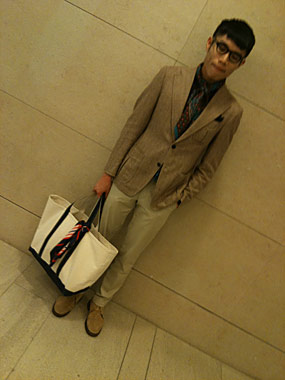 I spotted TC in the Prince's Mall and chased him down to take his picture. He didn't speak English but understood the international language of "I like your style" my favorite thing was his LL Bean Boat and Tote. I love the way he "fashioned" it with an Hermès scarf. This is very Honk Kong style.

Wallace works at Tassels, one of the best men's shoe stores in Hong Kong. It was again his classic style with a custom camel jacket worn with the cool white spectators in a modern, less clunky last, that made him stand out for me. The pocket square was a nice added touch, too. 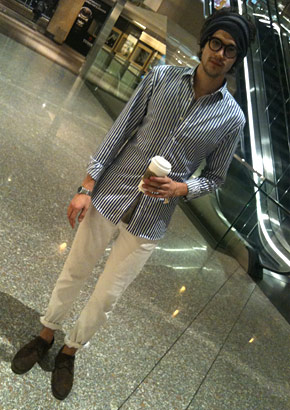 A Canadian model who walked in the Ascot Chang show, this was what he was wearing for our first rehearsal. All very classic in rolled khakis and bengal stripe shirt and brown suede brogues. It was his head wrap and chunky glasses that made him totally cool. I liked his glasses so much that I actually asked him to wear them for the show.

Mark is a partner in another great men's store in Hong Kong, The Armoury. A true haberdashery, they carry Liverano & Liverano, Drakes and Ring Jacket along with fabrics from London's Dashing Tweeds. I 'm going to have them make me a jacket next time the Armoury's tailor passes through New York. 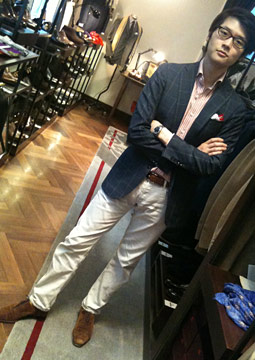 Arnold is only eighteen and is already starting a Hong Kong heritage brand before he heads off to RISD this fall. Again, his outfit is classic American Prep. If he was wearing grey pants you wouldn't look twice, but the red pants make him stand out. And when you look this good in them you can get away with it. 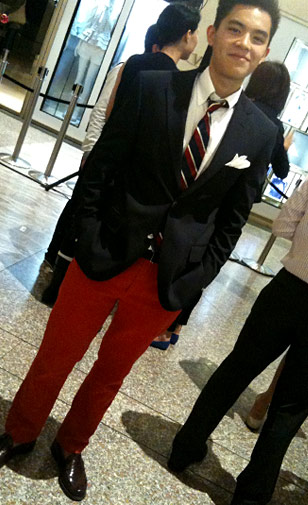